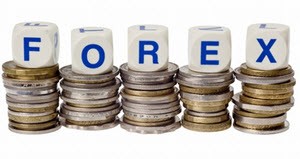 The FX spot is a very popular financial instrument on the forex market, and data from the year 2010 shows that over 35% of all forex trade that year involved FX spots. In that same year, the average daily FX spot turnover was the equivalent of just below 1.5 trillion USD. By the second quarter of 2013, that number had increased to 2 trillion USD.

A foreign exchange spot transaction (FX spot) is a contract between to counterparts. One party commits to purchase a prespecified amount of currency from the other right now for a specified prize in another currency – the spot prize. The contract also includes information about the settlement date (when to pay for the currency). This date is called the spot date. The exchange rate used in an FX spot is called the spot exchange rate.

There are several electronic trading systems for FX spot transactions, including HotSpotFX, eSpeed, Currenex, Fxall, Integral and Globalink. It is also possible to use a broker system, such as Reuters 3000 Xtra or Electronic Broking Services (EBS). Of course, FX spot transactions can also be carried out directly between the parties without any need for intermediaries.

FX options trading typically takes place over-the-counter (OTC), but there are also a few exchanges where you can trade in FX option, including the Chicago Mercantile Exchange, the Philadelphia Stock Exchange, and the International Securities Exchange. If you want to trade FX options you need an account with a broker that works with one of these exchanges.

FX options are used both for hedging (risk mitigation) and speculation. A company can for instance purchase an FX option to mitigate currency risk if they believe, but aren’t certain, that they will receive a large payment in foreign currency on a certain date and want to convert it to another currency. (If a company is more sure of the payment, using an FX Forward is more common.)

You have a European-style FX option for January 31st next year, that gives you the right to exchange 1 million GBP for 1.8 million CAD. This predetermined exchange rate is the strike price. Your option has a strike price of GBP/CAD 1.80.

Your option is both a call for CAD and put for GBP, but options of this type are commonly referred to simply as GBPCAD put.

On January 31st you can freely choose if you want to use (exercise) the option or not. If you elect not to use it, it will simply expire. 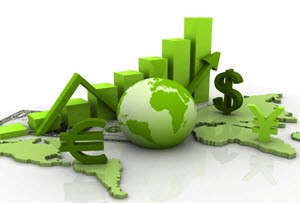 Today is January 15th. Company A knows that they must pay a bill to their main supplier of raw materials on May 15th this year. They must pay 1 million USD. Since Company A is a European company with income in EUR, they do not have any USD at hand.

Company A wants to know right now how much EUR they will need to exchange to get 1 million USD on May 15th. They elect to enter into an FX forward contract with Company B. The contract says that on May 15th this year, Company A will transfer exactly 900,000 EUR to Company B and get exactly 1 million USD in exchange for that.

Company A can now know exactly how much, in euro, it will cost them to pay the 1 million USD bill on May 15th this year. They do not have to worry about fluctuations in the exchange rate between the EUR and the USD.

Of course, Company A could instead have purchased 1 million USD on the spot market today, on January 15th, and then just held on to it until May 15th. However, by doing so, Compay A would have tied up a substantial amount of capital.

A foreign exchange swap (FX swap or Forex swap) is a simultaneous purchase and sale of identical amounts of one currency for another with two different value dates (typically spot to forward).

The spot transaction constitutes one leg of the FX swap while the forward is the other leg. 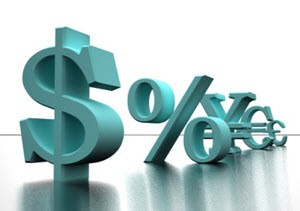 British Company A primarily uses GBP but has received a payment in EUR. Company A knows that they have a bill to pay in EUR on May 31st, a date which is two months away.

They could, of course, spot sell their EUR right away and get GBP in exchange; GPB that they can use to fund their expenses in Britain. However, that would make it necessary for Company A to spot purchase EUR on May 31st to pay the bill and that would expose them to currency risk since it is impossible to know the future exchange rate between EUR and GBP.

In order to avoid this currency risk, Company A creates an FX swap consisting of a spot and a forward. Company A sells EUR and buys GBP on spot, and simultaneously buy EUR and sell GBP on a 2 month (2M) forward.

They now have GPB to use in Britain right away, but also know the exact cost of the EUR that they will need on May 31st.

This type of standardize forward contract for foreign exchange was created by the International Commercial Exchange in New York in the year 1970. Back then, the Bretton Woods system was still in place and the FX futures contracts did not become very popular at first. Today, the situation is very different and FX futures are traded on major exchanges such as InterContinental Exchange, International Monetary Market (IMM), Euronext.LIFFE and Tokyo Financial Exchange.

For historical reasons, the USD is (almost) always the base currency for FX Futures. Also, the most commonly used execution dates are the third Wednesday in March, June, September, and December.