There is no hard-fast definition for penny stocks, so a certain stock can be regarded as a penny stocks by one investor but not by another. Generally speaking, penny stocks are common shares of small (nano cap or micro cap) companies that trade at low prices. Common synonyms are penny share and cent stock. 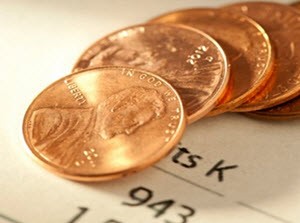 Penny tend to have low market capitalization, low liquidity and large bid-ask spreads. Many penny stocks are traded over-the-counter (OTC) but there are also exchange traded penny stocks. Penny stocks are usually highly volatile and are considered high risk investments. There are several factors that contribute to this, and you can find out more about some of the most important ones in this article.

One of the appeals of penny stocks is that they, due to their volatility, are quite prone to go through enormous increases in price in short periods of time. A penny stock going up 30% in price within 48 hours is definitely not out of the ordinary. Of course, there are also many examples of penny stocks experiencing a sudden 60% downturn in 48 hours. Because of this, people who make money from penny stock are often speculators that buy and sell at a quick pace rather than investors that hang on to their stock for long periods of time. You don’t have to be a day trader to make money from penny stocks, but you should be prepared to regularly monitor the stock prices and be ready to act quickly if necessary.

For starters, penny stocks tend to have low liquidity. This means that it can be difficult for you to sell your penny stocks when you want to and you may be left sitting with your stocks for a long time. If very few buyers are interested, and only luke warm interested, they can give you really low offers knowing that you may have to accept a very low offer if you want to get rid of your penny stocks at all right now. The low liquidity also means that even rather small transactions can have a significant impact on the stock price, and it can take a long time before the penny stock price rebounds after a sell off (or it may never rebound).

Exchanges are known for both setting rules and enforcing them, both regarding the brokers and for the traded companies. When stocks are traded over-the-counter (OTC) you don’t get that protection. So, why is this important to know when trading penny stocks? Simply because most penny stocks are traded OTC. In many cases, the penny stock companies would not be admitted to an exchange even if they applied, because they would fail to fulfill the minimum requirements.

It should also be noted that in the United States, companies listen on the pink sheets are not required to file with the U.S. Securities and Exchange Commission (SEC). 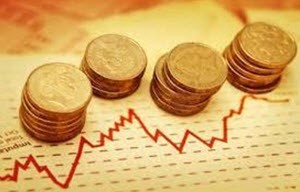 Penny stock companies are often newly formed companies, which means that there isn’t much history to analyze. You may have to retort to unorthodox methods, such as analyzing the historical performance of core staff or major investors to get an idea of what to expect for the future of the company. This does of course contribute to the volatility of penny stocks and is one of the reasons why investing in penny stocks is considered risky.

N.B! While it is true that many penny stock companies are newly formed companies, that doesn’t mean that all traded stock companies start out as penny stock companies. It is a popular misconception (eagerly promoted by disreputable investment “experts”) that most of the big publicly traded companies of today once started out as penny stock companies. This myth is of course appealing to novice investors, since it makes them feel that with just a tiny bit of research, they will be able to invest in the next Wal-Mart or the next Microsoft while the shares are still traded for less than a $1. In reality, both Wal-Mart and Microsoft traded for well over $20 on their very first day of trading. (If you look at the adjusted stock price for Microsoft on its first day of trading you will however see a number somewhere in the vicinity of $0.09. That is because adjusted stock price takes all stock splits into account.)

Comments Off on Penny stocks